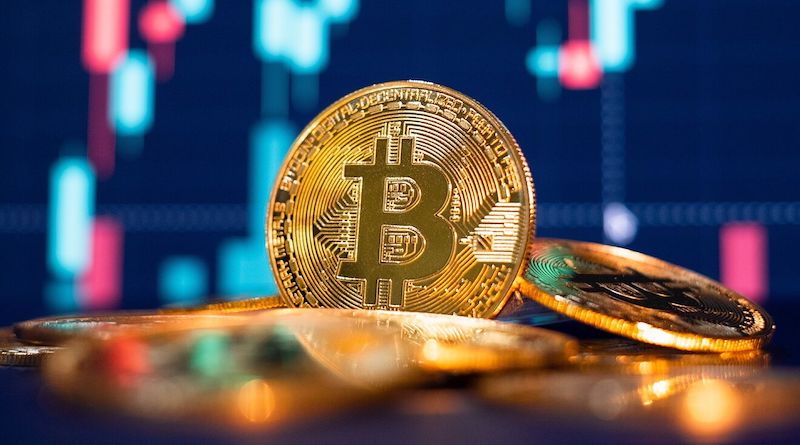 Even though cryptocurrency has existed for over 13 years, they appear to have originated yesterday. Aside from the fact that it’s easy to make much money with it, most people don’t even understand the basics of it, if they do at all.

According to research, in 2021, the country’s almost 20 million residents will jump on the bitcoin bandwagon. In reality, Indians today have $5.3 billion worth of cryptocurrencies, increasing daily due to their popularity.

The number of users on CoinSwitch Kuber, the primary cryptocurrency trading platform in India, has risen to 14 million, and the volume of transactions has increased by 3,500%.

According to statistics on global crypto ownership, India is the second-largest crypto-holding country after the United States. But whether you’re new to the space or are thinking about becoming involved, these are the fundamentals of the cryptocurrency market.

The term cryptocurrency refers to a completely digital monetary type. Although its users have recently begun to use it to purchase and sell items, it does not resemble official cash or banknotes. However, it is often used as a trading and investing medium.

Users transact with it by storing it in a digital wallet and making online transactions. “Blockchain technology” makes cryptocurrencies different from conventional currency.

The blockchain secures cryptocurrency transactions by distributing them across multiple computers, making fraud impossible. Additionally, the blockchain will prevent you from spending the same amount of money again or duplicating it.

Decentralized digital currencies may only be managed and assessed by their users, not by a central authority. To manage it and protect the public, governments all over the globe, including that of India, are increasingly starting to put limitations and guidelines in place.

How is a cryptocurrency used?

The purpose of cryptocurrencies, like conventional money, is to purchase and sell products. However, since they aren’t yet widely acknowledged as legal cash, you are currently limited in what you can ‘buy’ with them.

For instance, we’re a long way from being able to walk into a store and use cryptocurrencies to buy a loaf of bread. Instead, many individuals now utilize cryptocurrencies as an alternative type of investing since they have the potential to increase in value.

People are investing their money into cryptocurrencies to make a significant profit from them over time. A similar strategy to investing in rapidly expanding company shares is to sell them at a profit sometime in the future.

Because of cryptocurrencies’ explosive growth in popularity throughout the first several years, many early adopters could profit handsomely by investing in them. Since then, cryptocurrency has developed a bit of a “get rich fast” stigma.

It’s doubtful that the same growth rate will occur again, and given how volatile cryptocurrencies are right now, investing in them is highly risky. Before beginning to invest, it’s crucial to understand where your money is going since, without the proper understanding, there’s a significant possibility that you may lose out.

How are cryptocurrencies created?

Mining is the procedure used to produce cryptocurrency, it is done by crypto mining software. The bitcoin mining process validates transactions and creates new cryptocurrency units.

A miner utilizes computer hardware and software to solve complex mathematical puzzles and generate cryptocurrencies. With the best crypto mining software, you can also start mining and add to your riches and the cryptocurrency world.

What are the leading cryptocurrencies?

The fact that Bitcoin was the first to start back in 2008 makes it the most well-known, although Ethereum, Litecoin, and Binance are other widely used alternatives. Best stock broker in India are known to invest in these top cryptos.

While most cryptocurrencies share the same decentralized architecture and blockchain technology, they also vary critically. These variations are primarily the result of various coding and algorithms, or in other words, extremely technical stuff.

If you’re considering purchasing any, it’s crucial to study each factor, starting with their white paper, since they will affect how broadly they are accepted and whether or not they will increase or decrease in value.

What are the types of cryptocurrencies?

Despite being termed to describe all varieties of digital or cryptocurrency, the word “cryptocurrencies” is often used interchangeably with “coins.” But there are 3 main types. They are as follows:

In addition to being a method for storing value, it can also serve as a means of trade between two people. Coins like Bitcoin and Litecoin are examples.

The word “altcoins” (alternative coins) refers to all cryptocurrencies outside Bitcoin. They are alternatives to Bitcoin and conventional fiat money, which is how they get their name.

On the other hand, tokens are far more versatile than digital currency. The tokens are added to a blockchain already in existence without being mined.

In brief, An initial coin offering (ICO), which is the cryptocurrency equivalent of an initial public offering (IPO), is the process via which tokens may be produced (IPO).

Companies in the bitcoin industry looking to raise capital will develop tokens. These tokens are available for purchase by potential shareholders interested in the firm.

They could depict digital art (like with NFTs or “non-fungible tokens” that certify something as unique). Even the use of NFTs with tangible assets, such as actual works of art and real estate, has been tested.

Or Software packages (like granting access to an app, verifying identity, or tracking products moving through a supply chain) include them.

Is investing in cryptocurrency a good idea?

One of the most complex issues for investors regarding cryptocurrency investments is avoiding falling victim to the hype. Analysts often caution prospective investors about the unpredictability and volatility of cryptocurrencies.

If you’ve made the judgment to invest in cryptocurrencies, it is necessary to conduct your homework, just as it is essential to research before making any other investment.

To assess whether or not this kind of investment opportunity is advantageous for you, consider the reasons behind your interest in this specific investment product and educate yourself on cryptocurrencies and the technology behind blockchains.